Please note schedule change: the Friday lecture will be given from 15:15 till 17:00.

Roots of Europe has invited Professor Martin Kümmel of the Albert-Ludwigs-Universität Freiburg to give a block seminar in Copenhagen. The seminar will take place on Wednesday 21 through Friday 23 September 2011 and will deal with remaining problems in Indo-European phonology.

Linguistic reconstruction is based on sound laws, i.e., regular developments of individual sounds as well as larger phonological units that have occurred within one language during its history. These laws and any deviations from them allow us to follow words and other linguistic structures through time, to identify them and to assign them to a particular language even in cases where we cannot ask a native speaker (which is normally quite difficult in the case of ancient languages). This identification is of particular importance for studies of prehistoric language contact. 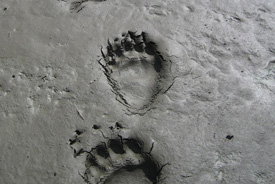 The phonology of Proto-Indo-European and other reconstructed stages of Indo-European languages is rather well known due to a long tradition of research. However, there still are many unresolved problems and controversial claims. Beside the question of the original makeup of the PIE stop system (the “glottalic controversy”), some other important issues are the interpretation of dorsal stops (“gutturals/tectals”), the “thorn” problem and most of all, the various questions connected with the laryngeal theory, especially the phonological classification of the “laryngeals” in Proto-Indo-European itself and on their way to the attested daughter languages, their behaviour with regard to syllabification and aspiration.

In this seminar, an overview of these problems will be given. The main objective is to discuss the plausibility of the reconstructed systems and developments from a general phonological perspective (both synchronically and diachronically).

One lecture will deal with the stop system, mainly concentrating on the dorsals and “thorn”, while the other two will mainly give a survey on laryngeal problems.