Languages and Scripts of Ancient Spain: Europe before the Indo-Europeans

Apart from Basque, Hungarian, the Finnic languages and Saami, the native languages of modern-day Western Europe are all Indo-European. However, most people believe that Indo-European was originally spoken much further east, and only spread into Western Europe a few thousand years ago. What languages, then, were spoken in Europe before this? 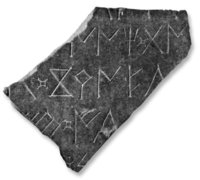 Unfortunately, substratum loans in themselves tell us little about the structure of the languages in question, and most of the ancient languages of Europe died out without ever having been written down. Etruscan is a notable exception, but this language may actually have been a relatively recent arrival from Anatolia. As such, the region of Europe with the best evidence for pre-Indo-European language is Spain: not only do we have Basque, there is also the extinct language of Iberian, which was written from around 500 BC to the beginning of the Christian Era. The Iberian scripts have been deciphered, but although there are around 2000 inscriptions the language remains very poorly understood; however, it is clearly non-Indo-European. It also shares several features with Basque; for instance, both Iberian and proto-Basque had no phonemic /m/ and no CR clusters (as in tray, glow, apron etc).

Some of these features are so unusual that their occurrence in both languages cannot be due to chance. It is not immediately clear whether these shared features are a sign of genetic relationship, or merely areal traits that may once have been shared by other neighbouring languages. However, recent breakthroughs in our understanding of the Iberian language make it necessary to reassess the question of the relationship between Basque and Iberian, which helps to improve our knowledge about the pre-Indo-European languages of Europe.

An equally important issue is the process of Indo-Europeanisation. The epigraphic evidence allows us to draw a fairly good linguistic map of Spain in the classical period, which shows that half the peninsula was already Indo-European speaking by the time the Romans arrived. These Celtiberian and Lusitanian languages must have entered the peninsula at some earlier date, but the details of how, when and where this took place are highly controversial. The new findings regarding Basque and Iberian have implications which may be crucial for this vexed question.