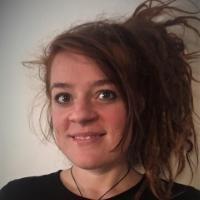 ORCID: 0000-0002-2249-1280
Already as a student, I was fascinated by the aesthetics and elegancy of the earliest Germanic texts and highly motivated to tap the full potential of comparative historical linguistics. After I finished my M.A. studies of Indo-European linguistics at the LMU Munich, I started working as a Research Associate at the University of Vienna. There, I became adept in dealing with large amounts of linguistic data and in carrying out self-dependent research and organizational tasks for the respective research projects I was associated with. At my position as a Scientific Assistant at the Linguistic Department of the Georg-August-University Göttingen, I was responsible for teaching, student counselling and administrational tasks. Here I refined my teaching and presenting skills and taught several courses on the Old Germanic languages such as Old High German or Comparative Grammar of the Germanic languages. The subsequent 1-year-doctoral-grant by the Excellence Initiative of the University of Cologne allowed me to enter an intense phase of research, which culminated in the publishing of my PhD-thesis in May 2020. After a one-year maternity leave, I had the opportunity to start my first postdoctoral position as a Marie Curie fellow at the University of Copenhagen, where I now conduct my 3 year-research project "Epithets of Gods and Heroes in Old Germanic and beyond – A Comparative Study on their Conceptualization, Memorization and Tradition" at the Department of Nordic Studies and Linguistics.
I have in the course of my academic career specialized in the Old Germanic languages, the Old Celtic languages, and in historical phonology and morphology, language contact phenomena and onomastics.

With the research project 'Epithets of Gods and Heroes in Old Germanic and beyond – A Comparative Study on their Conceptualization, Memorization and Tradition', I intend to close a long-standing research gap on heroic and divine epithets in Old Germanic poetic texts. Due to its interdisciplinary orientation, the project aims at a better integration of Germanic studies, Indo-European comparative poetics, classical philology and comparative literature.

The project combines two fields of research: a) the comparative study of epithets in Old Germanic poetic literature and b) the investigation of the semantics and functions of epithets in a cross-lingual and cross-cultural perspective. The objectives will be reached through the systematic collection of heroic and divine epithets in Old Germanic poetic texts, the creation of a typology of epithets valid for the ancient Germanic culture, the comparison of the Germanic data with the well-studied Vedic, Greek, and Latin epic texts,  and their epithets will pave the way for the overall aim of the project, which is to determine whether the epithets in the Germanic heroic poetry continue traits inherited from the Proto-IE age or even reveal more universal naming conventions.