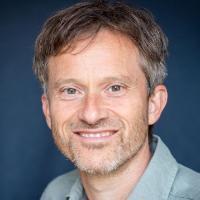 This question is of importance for the Indo-European homeland problem, i.e. the question of where and when Proto-Indo-European was spoken, and how it diverged into the branches we know today (Anatolian, Tokharian, Celtic, Germanic, Greek, Armenian, Albanian, Indo-Iranian and Balto-Slavic).

I am also interested in Danish phonology, morphology and syntax and in the historical grammar of Danish.

I am the leader of the research project Connecting the Dots: Reconfiguring the Indo-European family tree (2019–2023), financed by the Independent Research Fund Denmark. The purpose of the project is to examine the relationship between the Indo-European language branches, in particular the ramification after the separation of Anatolian and Tocharian. The project also examines to what extent the linguistic family tree can be correlated with the archaeological evidence.

I am also a core member of the research project LAMP: Languages and Myths of Prehistory (2020–2025), financed by Riksbankens Jubileumsfond. The project is interdisciplinary and examines the relationship between languages, material culture and myths at prehistoric stages of the Indo-European languages.

In 2015 I published a monograph on the development of the inflexional system from Proto-Indo-European to Slavic (Proto-Slavic inflectional morphology).

Within the field of Danish language I have taught Danish phonetics, morphology, syntax and historical grammar

I have also taught Bulgarian language.