This project which is funded by Riksbankens Jubileumsfond and runs for six years is led by Jenny Larsson from Stockholm University and moreover involves Birgit A. Olsen and Thomas Olander from University of Copenhagen, and Anders Kaliff and Anders Richardt Jørgensen from Uppsala University.

Due to recent advances in ancient genetics, a new picture of prehistory is emerging. In the LAMP programme we cast light on the aspects of prehistoric peoples that make them human: their languages and beliefs.
The programme asks three fundamental questions about the speakers of early stages of Indo-European – the language family that includes languages such as English, German, Swedish, Spanish, French, Urdu, Kurdish and Russian:

1. How did they talk? – By investigating the oldest layers of the Indo-European languages, we reconstruct the sounds, grammar and vocabulary of the prehistoric language stages from which the extant languages descend.

2. What did they talk about? – By comparing the relevant parts of the reconstructed vocabulary with mythological and archaeological evidence we establish fragments of the myths, poetry and rituals of prehistory.

3. How do we know? – Since we combine scientific disciplines in order to break new ground, the methodological foundations of the programme must be clear and explicit. With an ambitious outreach component the programme will communicate the understanding of the variability of the linguistic and cultural landscape throughout history to a wider audience.

By making the historical facts more accessible to the public, the programme will provide a bulwark against nationalism and chauvinism and contribute to a deeper understanding of the complex questions concerning language, culture and religion in modern society. 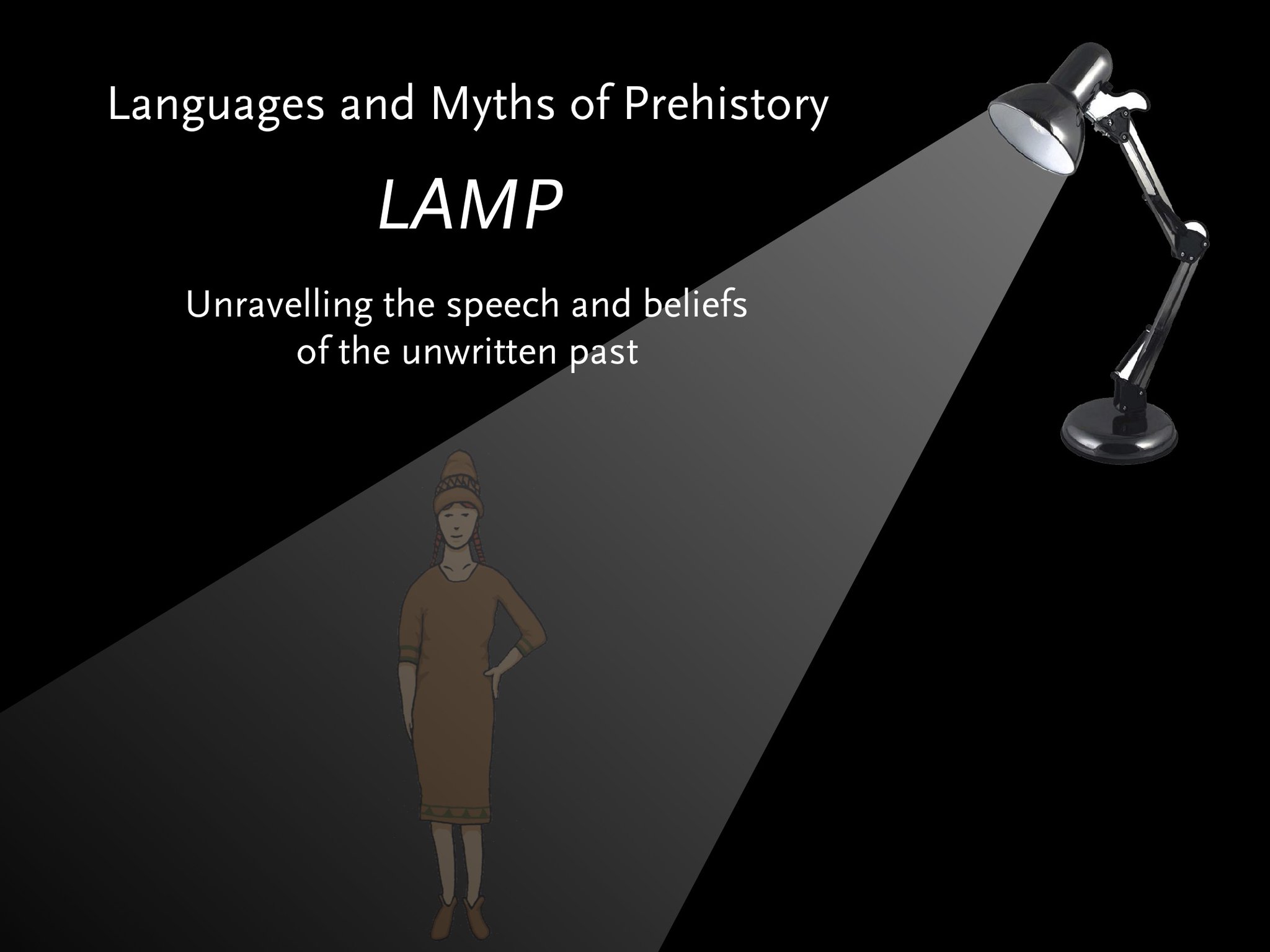